Cool Facts About the Corvettes on TV’s Route 66 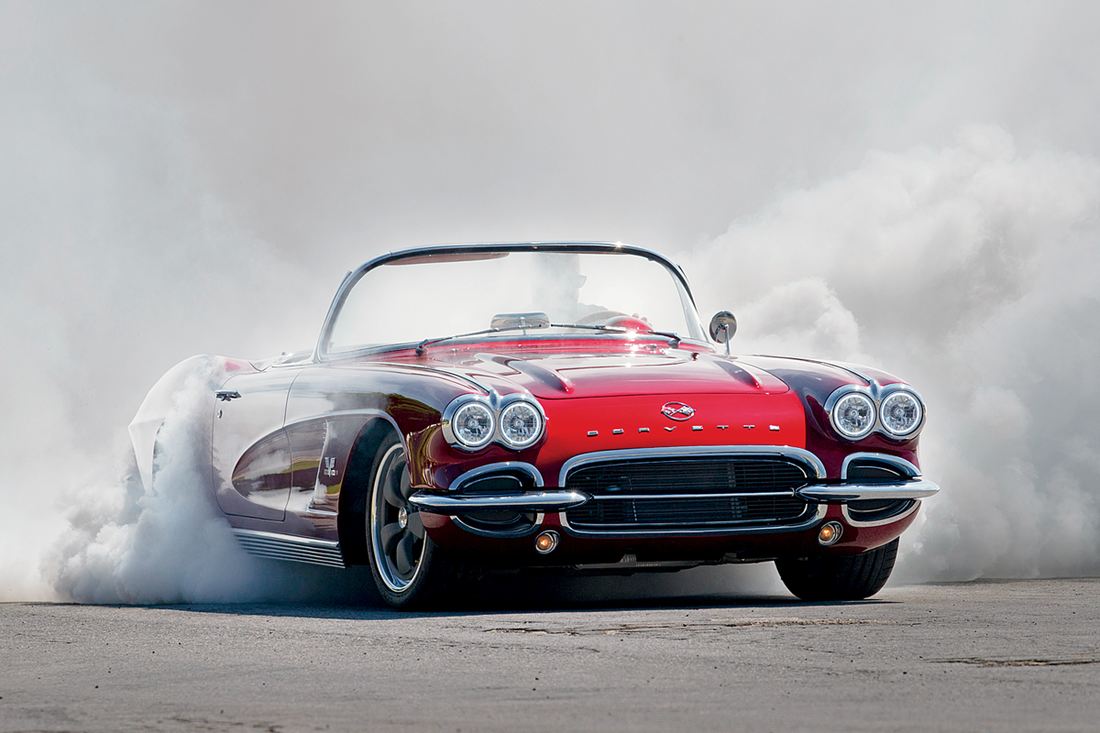 The “Third Character”: The Classic Corvette

You don’t have to be “older” to appreciate the fact that the Chevy Corvette was a huge part of the show Route 66, which debuted on October 7, 1960, and ran through March of 1964. You could say it was the car that made the show.

But for all Corvette fans—especially those who love the classic Corvettes of the early 1960s—there’s nothing cooler than knowing the Corvette was on TV every Friday night.

While some people were tuning in to the family comedies, detective shows or westerns of the day, there were kids, high-schoolers and college students tuned watching Route 66 on Friday nights, a show about two young guys in their 20s, setting out in their Corvette convertible to discover the world and themselves.

There were three main characters in the show: Buz Murdock, played by George Maharis, Tod Stiles, played by Martin Milner (later of Adam 12 fame), and the “third character,” as executive producer Herb Leonard and writer Sterling Silliphant referred to it, was the very fancy sports car they drove around in every episode.

Their Chevy Corvette. In fact, the year the show debuted was the first year that Corvette sales topped 10,000 units.

Here are some facts about that third star of the show. And even though the show is part of a long-ago era, you might still know a lot about their ride.

The Corvettes they drove were not red.

The show was never filmed in color, so no one ever saw a red Corvette on Route 66. Still, most people assume (and want to believe) that the car Tod and Buz cruised in was a Roman Red Corvette convertible. There never was a red Corvette in the show…and there was a reason.

Because the show was in black and white, and to light the scenes properly when the guys were in the car, the Corvette’s color had to be neutral and not reflect too much light. It had to work with the film crew’s lighting scheme.

Here’s what George Maharis (Buz) said: “It was light blue in the pilot and early episodes, and then it was beige for the run of the series….When they used the beige Corvette, that color absorbed more light and cast less reflection.”

The color for the pilot and early episodes was most likely Horizon Blue. Afterward, the color was Fawn Beige, and finally Saddle Tan on the last Corvette in the show.

How did two drifters get their hands on a fancy Corvette?

If you see who’s driving the Corvette in every scene, you can figure out that it’s Tod’s car. But how did he get it?

According to the story line about the characters, Tod, the clean-cut college kid, was given a new Corvette by his father. Buz, who didn’t have an easy life, worked for Tod’s dad, who owned a shipping business in New York. During the summer, Tod worked there too. That’s where he and Buz had met.

When Tod’s father dies of a heart attack, the story line goes, Tod was left with his new Corvette and a failed business. That’s when Tod and Buz decide to hit the road in Tod’s new Corvette, to explore the country and find themselves. Side note: The show was initially going to be called The Searchers, but it was renamed because of the movie with the same title.

Tod and Buz drove a few Corvette models during the series.

The characters cruised the country in different Corvettes from one year to the next. As one of the sponsors, Chevrolet would certainly want their star Corvette to look as good as it could.

In initial seasons, they used several first-generation “C1” Corvettes. The duo drove a 1960 Corvette in the pilot only. That initial episode was filmed in February of 1960 and aired in October that same year.

In following seasons, they appeared in new 1961 and ’62 Corvettes.

In the middle of Season 3 (about January 1963) and in Season 4, they drove a 1963 Fawn Beige Corvette Stingray convertible. It marked the first appearance of a C2 in Route 66.

The 1963 Corvette was available in dealerships at the end of September 1962. The first episode of Season 3 aired one week earlier. The last show aired in March of 1964.

George Maharis fooled Chevy into giving him a Corvette.

Chevrolet was a Route 66 sponsor. Maharis didn’t own a car when the show first started, and he wanted a new Corvette for himself. So, as he admitted years later, he made up a compelling story to get one:

He told them with a straight face, “We may have a little problem.” He owned a Ford Thunderbird, he said, that he would be driving to the set. Chevrolet immediately gave him the Corvette he wanted.

Funny thing is, with all the location shots, there was no “set”—the crew traveled from state to state in trucks and vans.

The head of production, Sam Manners, said the show used three to four cars each season. “Every 3,000 miles, we would turn in the Corvettes on the show and get new ones.” That was probably just to keep the cars looking as new and fresh as they could be.

Then again, it could also be that the cars had to be replaced. The episodes were shot on location, sometimes in backwoods locations that could be rough. Once in a while, the characters themselves led the Corvette into trouble, including one episode in which an angry man driving an earthmoving truck dumps a pile of dirt on the hood of the Corvette.

They filmed on the road, in the Corvette…and a Corvair.

In almost all instances, the show was filmed in real locations, not on Hollywood sound stages. They filmed in real towns, large and small, in nearly half the states in the U.S.

The opening shots of the show always showed Tod and Buz at a distance, cruising in their Corvette on an open highway or city street. A lot of dialogue between the two took place inside and around the Corvette. The crew would attach cameras to the side of the car for those shots, rigging extra lighting on the floor of the cockpit.

They even filmed Tod and Buz in the Corvette from behind as they traveled—and they used a different Chevrolet to do that…a Corvair.

“That car had the trunk in the front and the engine in the rear,” Sam Manners described. “So, we removed the trunk lid, mounted cameras in the trunk, then filmed the scene as we followed the Corvette.”

Martin Milner in a car…with another buddy.

There came a point in Season 3 when George Maharis was not in the show (he was ill), and before season’s end, he was replaced by another character and actor—Linc Case, played by Glen Corbett.

But, it just wasn’t the same without Buz. Ratings dropped, and the show ended after the next season.

Then, in 1968, Martin Milner was in a new TV show, driving around with a partner and getting into different situations…

The show was Adam-12, and the car was black and white…even though the show was in color.

BE THE FIRST TO KNOW ABOUT DEALS, SALES & NEW PRODUCT RELEASES

We use cookies on our website to give you the most relevant experience by remembering your preferences and repeat visits. By clicking “Accept”, you consent to the use of ALL the cookies.
Do not sell my personal information.
Cookie SettingsAccept
Manage consent

This website uses cookies to improve your experience while you navigate through the website. Out of these, the cookies that are categorized as necessary are stored on your browser as they are essential for the working of basic functionalities of the website. We also use third-party cookies that help us analyze and understand how you use this website. These cookies will be stored in your browser only with your consent. You also have the option to opt-out of these cookies. But opting out of some of these cookies may affect your browsing experience.
Necessary Always Enabled
Necessary cookies are absolutely essential for the website to function properly. These cookies ensure basic functionalities and security features of the website, anonymously.
Functional
Functional cookies help to perform certain functionalities like sharing the content of the website on social media platforms, collect feedbacks, and other third-party features.
Performance
Performance cookies are used to understand and analyze the key performance indexes of the website which helps in delivering a better user experience for the visitors.
Analytics
Analytical cookies are used to understand how visitors interact with the website. These cookies help provide information on metrics the number of visitors, bounce rate, traffic source, etc.
Advertisement
Advertisement cookies are used to provide visitors with relevant ads and marketing campaigns. These cookies track visitors across websites and collect information to provide customized ads.
Others
Other uncategorized cookies are those that are being analyzed and have not been classified into a category as yet.
SAVE & ACCEPT
View Cart Checkout Continue Shopping